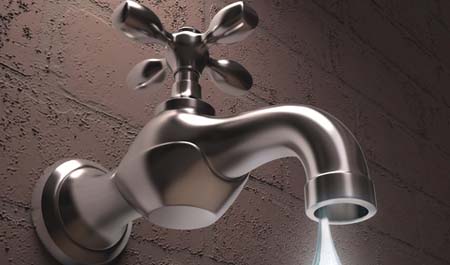 An unscientific look at recent home inspections that we at D.C. Region Real Estate have observed reveals that a good number of plumbing issues—whether it’s one of our listings or a home we’re helping someone purchase—should be fixed long before an inspection even occurs.

Oftentimes, they’re small, inexpensive fixes that can save you a lot of time and effort when you’re trying to finalize the sale of your home. In this fifth installment of home inspection issues and topics, Mark Linebaugh, president of Homemark Inc., discusses what he looks for when it comes to plumbing problems in a home. While most of these issues are inexpensive fixes, they can bring a pretty hefty price tag if left unaddressed.

First and foremost, Mark looks for leaks or leaking pipes and fixtures. “Damaged or inoperable fixtures, shutoff vales or drains,” he says are other primary plumbing problems he will look for. But it goes beyond pipes and fixtures. Mark also notes that he’ll look for open caulk or grout lines in and around bathtubs and showers. “Loose, damaged or moldy tile work in tubs and showers,” he says can offer signs of problems. He’s also going to look at broken and/or unsafe shower doors.

In addition to Marks suggestions, it doesn’t hurt to give the place a good smell. Musty or moldy odors inside the house can indicate the presence of water or excessive dampness. This could indicate a plumbing problem or leak—or it could also indicate a host of other issues, from structural cracks to roof leaks and even seepage through cracks in the foundation or other parts of the structure.

If you’re a home seller and you encounter any of these issues, address them before  you ever put your home on the market. Drips sometimes indicate a defective washer that costs mere cents to replace, but the damage caused by leaks and drips can easily flow into the thousands of dollars. From personal experience, an infamous fixture often needing replacement is that pesky diverter that re-routes the water from the bathtub faucet up through the shower head. If it leaks when the shower is activated, the inspector will likely find it, photograph it, and you’ll have to fix it anyway. Find out the make an model and order a new one.

You may always hire your own inspector before your house is on the market to find issues that need to be addressed and then have them fixed before a buyer’s inspector even sets foot in your house. If anything, bring in a plumber to give your pipes, faucet,s and drains the once-over and fix any issues. Show your buyers the work that’s been completed, and it should increase their confidence in you as a responsible home owner. In a competitive market, all of these things count.

In the end, it’s just a good idea to remedy any plumbing issues you have before they become problems. When you’re in the throes of the settlement process and a buyer’s inspector keeps adding to the list of plumbing issues that you ignored, it’s going to add speed bumps to a process that works best when it goes smoothly and quickly.

« Va. State Senate Gives Thumbs Up to HOA Fines
How Much Can I Afford? »