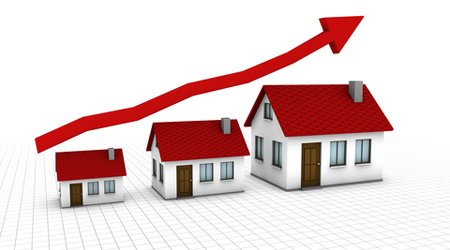 Home prices are up, but so is inventory in Northern Virginia, which is proving to help both buyers and sellers as we move into the dog days of summer. With 30-year fixed rates as low as 3.8 percent, conditions are ripe for continued steady activity as we head into the fall.

Although average home sale prices in June for Northern Virginia were virtually unchanged from June 2014,  overall year-to-date home sale prices are up more than 2 percent according to RealEstate Business Intelligence (RBI).

Average sold price for Northern Virginia homes in June 2015 was $515,227 with a median sold price of $445,000. Compared to the same month last year, the number of units sold in Northern Virginia is up more than 15 percent, but at the same time, the days on market have increased 18 percent, from 33 to 39 days on average.

Inventory was a bright spot for buyers in June with the number of available homes for sale jumping more than 14 percent to near 10,693 active listings, compared to 9,374 for June 2014.

And sellers appear to be pricing homes close to market with sold prices coming in at about 98 percent of original list price in June—less than half a percent off last June’s number.

Although statistics for cities with few transactions tend to swing to far ends of the spectrum, some areas offered some notable numbers. Manassas Park City, for example, had just 29 active listings in June 2014, but had 72 on the market in June 2015—a jump of 148 percent! And the average June sold price compared to June 2014 was up nearly 5 percent.

Falls Church City, while increasing listings by 12 percent over June 2014 with 37 active listings this June, saw a decline in average sold price of 12.6 percent to $642,100 over last June’s average.

For buyers and sellers both, inventory is moving, but demand is still keeping prices at some of their highest points in years, and interest rates haven’t moved much in the past year. For buyers in particular, rates are nearly as low as the rock-bottom rates seen in 2012. But the interest rate forecasts show them on the rise, with Freddie Mac predicting an increase in 2016 to possibly 4.9 percent.

The future is always unknown, though. Last year’s predictions were for higher interest rates this year, and those numbers haven’t yet materialized, but if you’re contemplating a home purchase in the near future, it’s going to be hard to beat those interest rates today. Sellers can see strength in home prices as well, so it’s really a good time for either side of a home sale or purchase.

Christopher Prawdzik is a Realtor with Samson Properties and a certified Military Relocation Professional.